This photograph was taken at Tolminska Korita, in the mouth of the cave, Zadlaška jama. After eating trout from the river at Gostilna “Slap” Vinko Pavić and following a tip to knock on the door of Bojan Kavčič to buy delicious Tolmin cheese (http://gugala.si/), we made our way to the southernmost entrance of Triglav National Forest, where we found forest trails and caves and the magnificent gorge.

Four years ago, I entered this same cave, Zadlaška jama, the place that inspired Dante’s hell of The Inferno (no kidding), in nothing but a pair of sneakers and a thin sundress. I wasn’t prepared for the cold and the dark. I became disoriented and quickly lost the writing group and fellow cave trekkers I’d been traveling with in Slovenia. My husband had died six weeks earlier and I was in a bit of an altered state–so disorientation, actually, had become my new normal.

This week, I sat in the mouth of the same cave, dressed like someone who can properly take care of herself, a person who can navigate the elements. It’s funny going back to places we’ve been. The Tolmin Gorge of today is a much different place than the one I encountered four years ago, because I am different. I no longer feel weightless, moving along trails on tip-toe, barely noticing the forest around me. I’ve gathered the kind of substance you find when you are relentless about facing your reality–even when you wish you could float away like a fairy in a sundress.

I thought I’d feel a sense of melancholy on the rainy day in the foothills of Triglav National Forest, going back to a place I’d been when I was so distraught four years ago. But instead I felt content, happy even. My child was with me, my dog was there. A good friend held my hand. The terrain became difficult as we wandered along uneven and slippery trails in the woods, but the silence that enveloped our hike created a stillness that felt like comfort. There was not a sense of going back and there was not a sense of moving forward. There was just that moment. I saw beautiful white stones in the forest as we hiked. I saw a a blue river. I saw light between the trees. 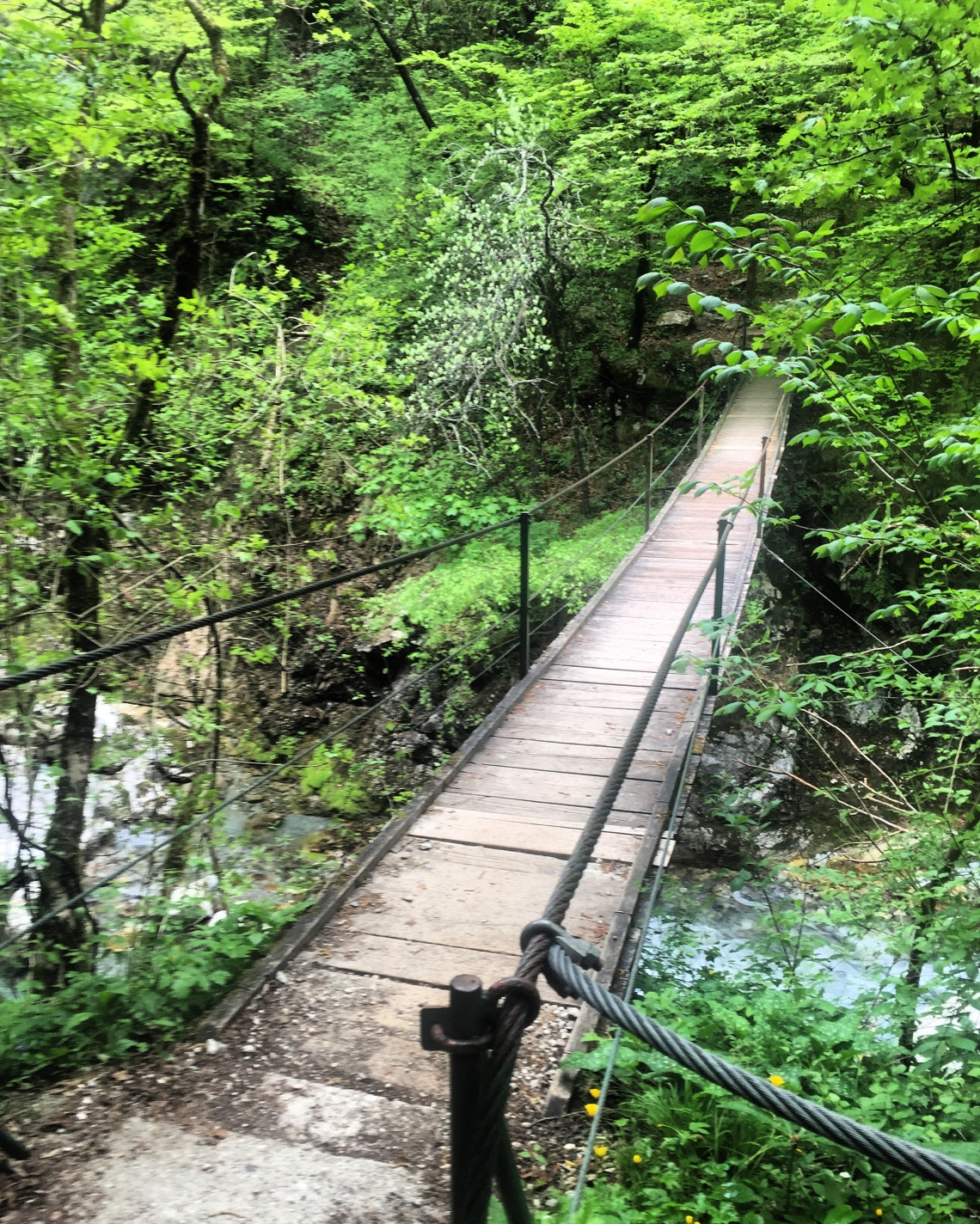