The days begin with sun, but I have been too jet lagged to catch it before it fades into dark skies, howling wind and spurts of mild rain showers each morning. The seagulls flood the path along the beach and I’ve been finding it to be even more beautiful in the grey than in the sun. There is a dialogue, an interaction, with the weather–the world feels alive.

There is a softness to the days here, an ease, a gentle spirit. I am in an altered world, a foreign culture in disguise, wearing its costume called a shared language, which keeps me thinking I’m in my own culture. But I’m not. And more than that, I am not in the same culture within myself either. I don’t feel constrained by circumstance, emotional baggage or mental strain as I did before I left.

This move has facilitated an acceleration of emotional release for me and I feel as though I am, actually, a completely different person than I was before. In the last few years, I have suffered from extreme stomach distress, headaches, and debilitating fatigue, culminating with a shift inside that began around the time of the eclipse this summer.

It was the day I drove to Saint Alban’s, Vermont to be fingerprinted for my visa. I wanted to be part of a group meditation I’d heard about, but had to go to my appointment, so I drove with my mind focused on a peaceful shift in consciousness on the planet. The picture that was taken of me at the visa office happened at the height of the eclipse in Vermont and it is probably the worst, most contorted photo, I have ever seen of myself. It was as if my body was completely contracted. That night I slept deeply and the next day, I could feel the release begin.

There is the linear story of having raised my kids and having given up my life in Vermont so no wonder I feel free, but there is also something more complex, more esoteric, that is happening for me.

There is an open, uncynical feeling here in my new town. It is the perfect place to open myself to well-being, calm and a continued shift into a new life. I am in a land of poetry and myths and faeries and elemental beings. It is an esoteric place, steeped in lore and traditions of honoring a sacred life beyond what is understood with our linear minds.

I’m totally into it. 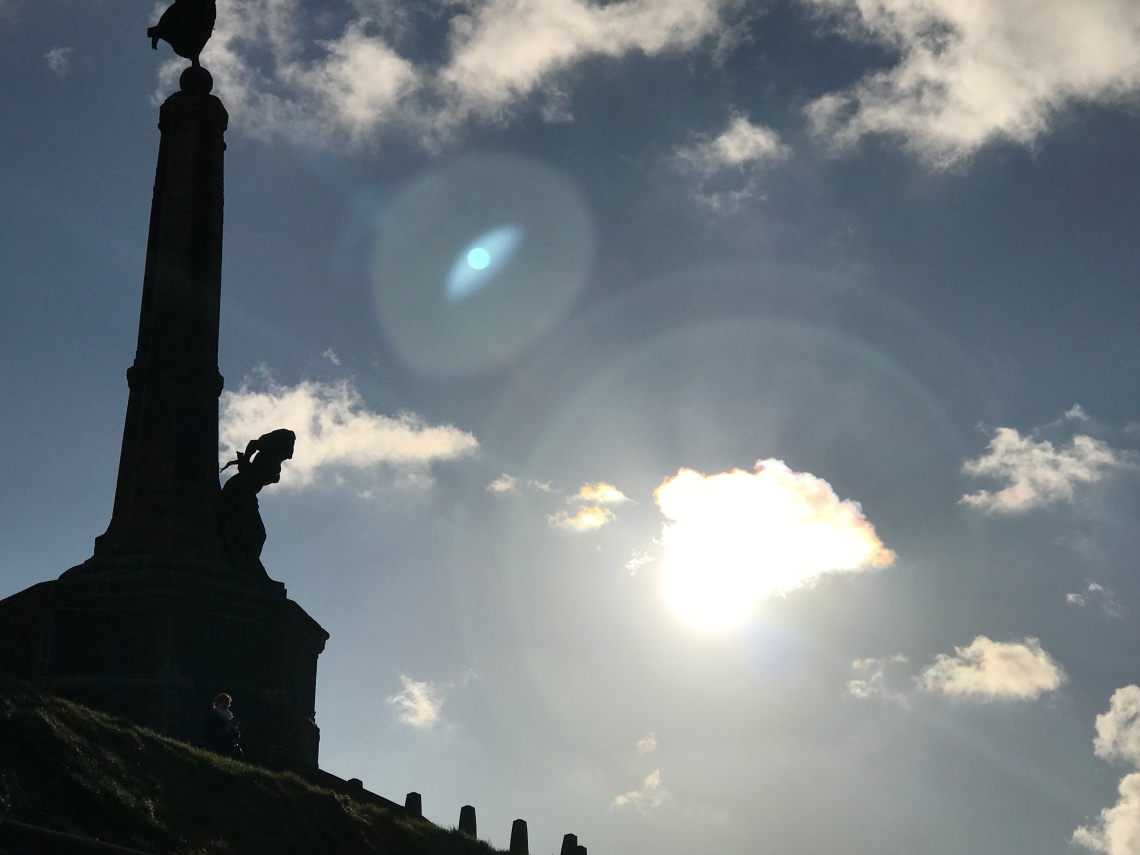